The image below was shot hyperfocal at f/5.6 using a 35mm Summilux ASPH lens. Notice how the image looks sharp from foreground (the subject's face) to the background (buildings behind arc). 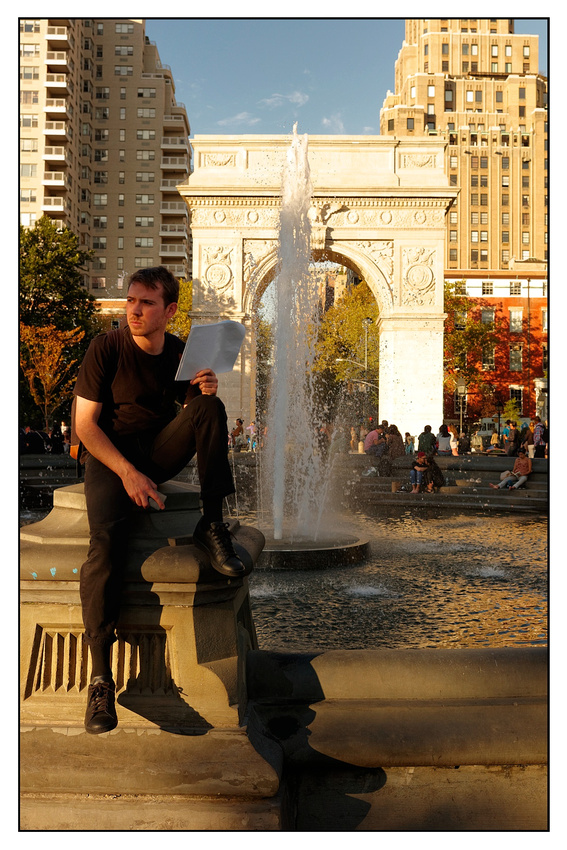 How to focus using hyperfocal: 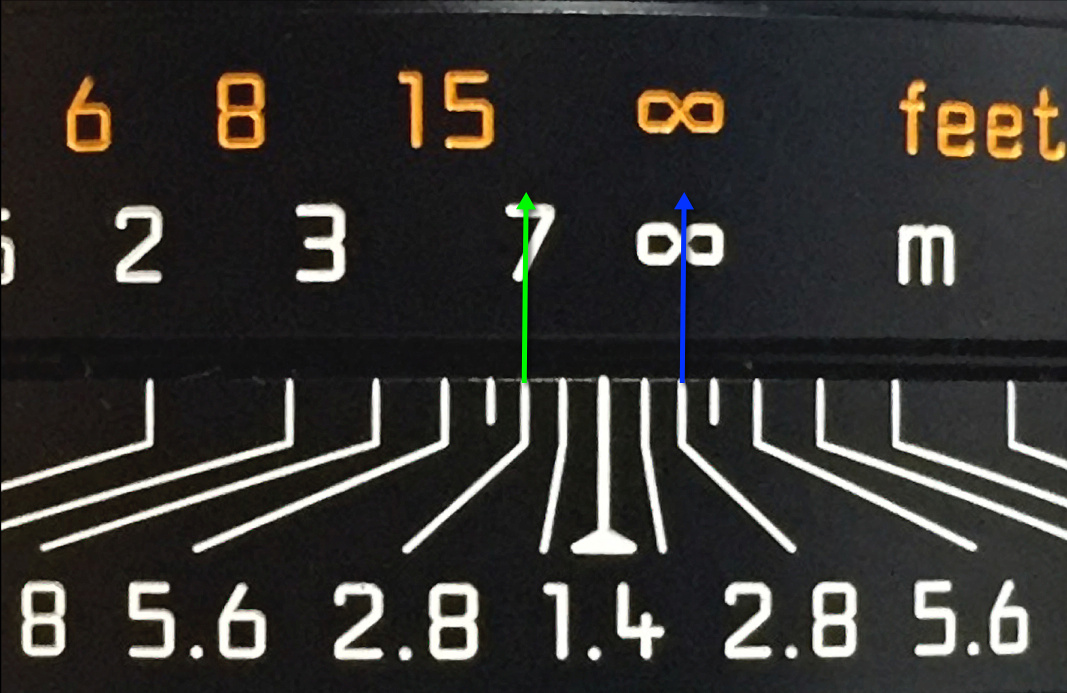 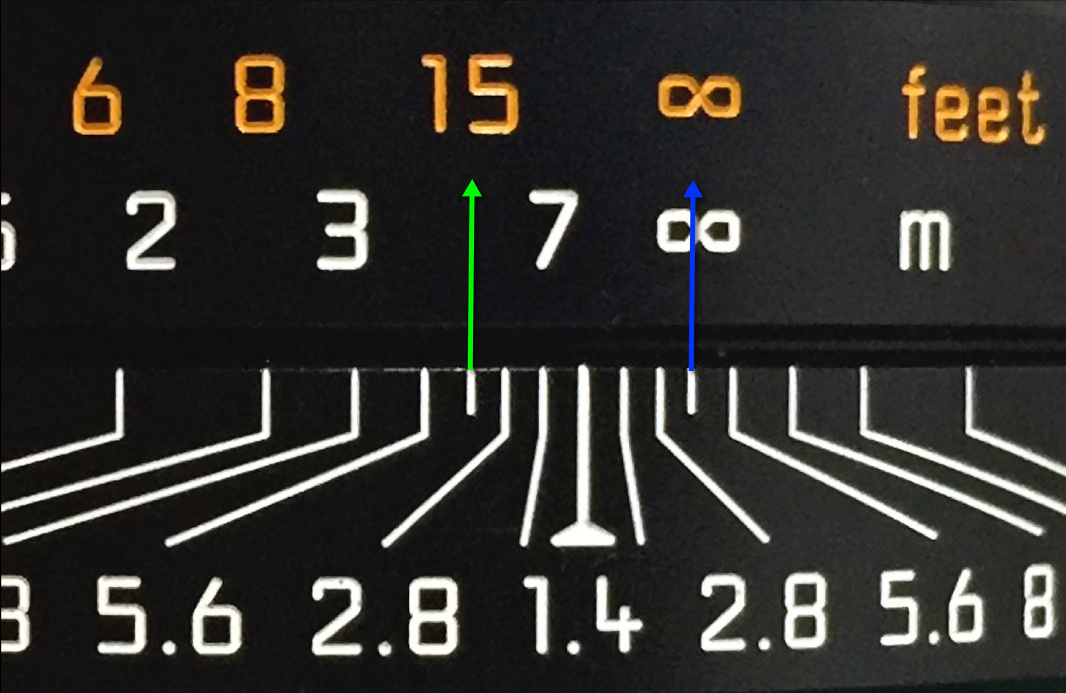 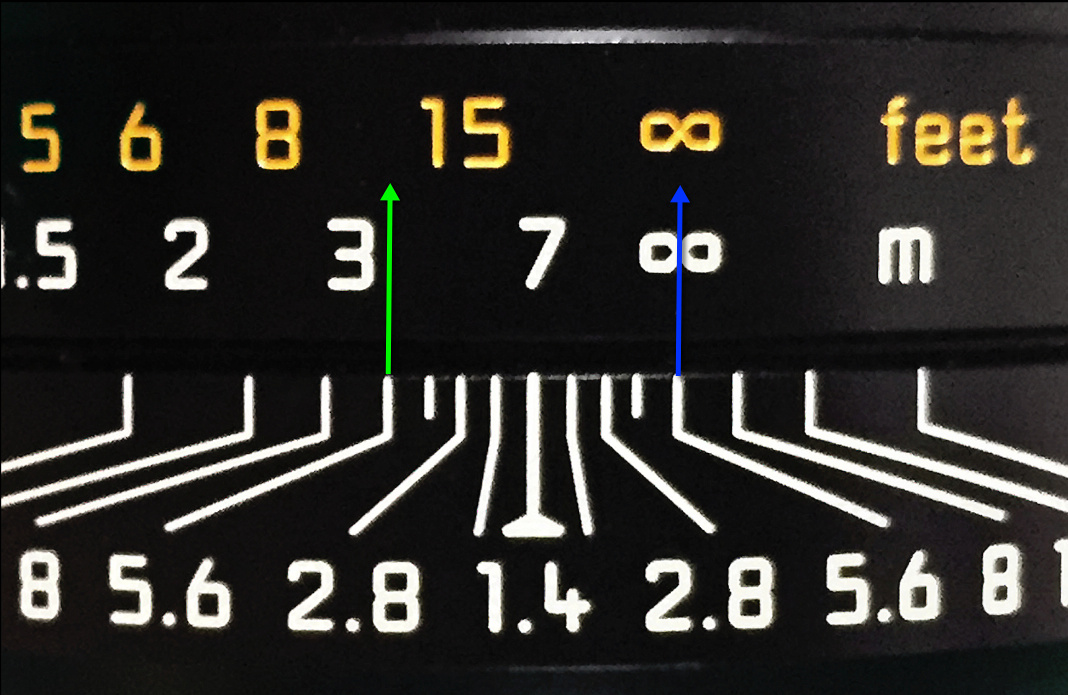